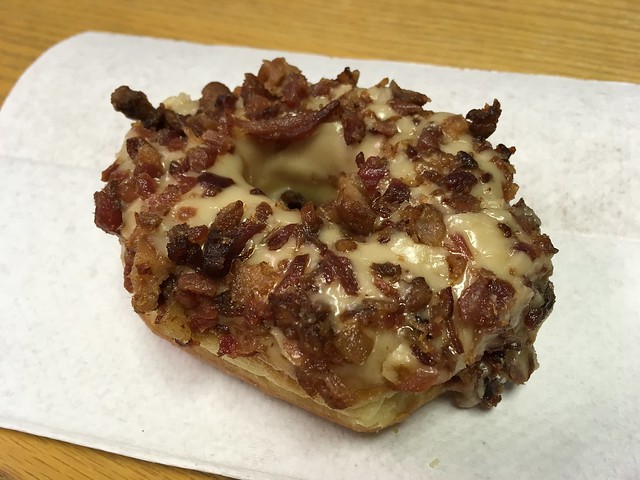 Someone brought a box of Gibson’s doughnuts into the office so of course I went straight for the bacon maple flavor, lol! This was pretty good! I liked the light fluffy donut although I thought that there was too much maple glaze for my taste. 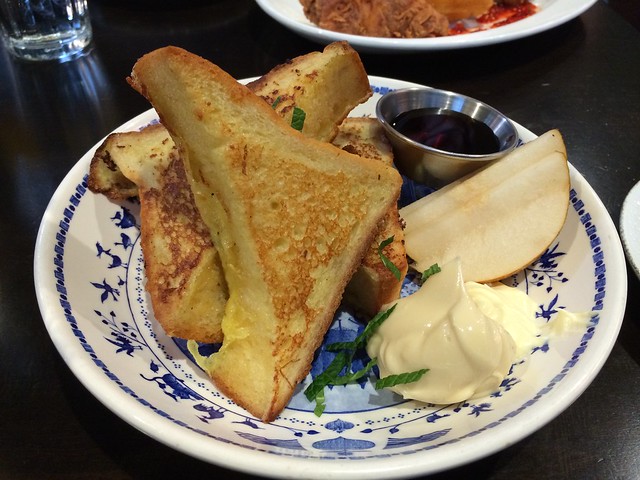 This french toast was ok, it was a bit on the greasy side which is a definite theme at MBC. I’m not sure I liked the blob of mascarpone cheese either. It was a little too much for me and could have been incorporated more creatively. 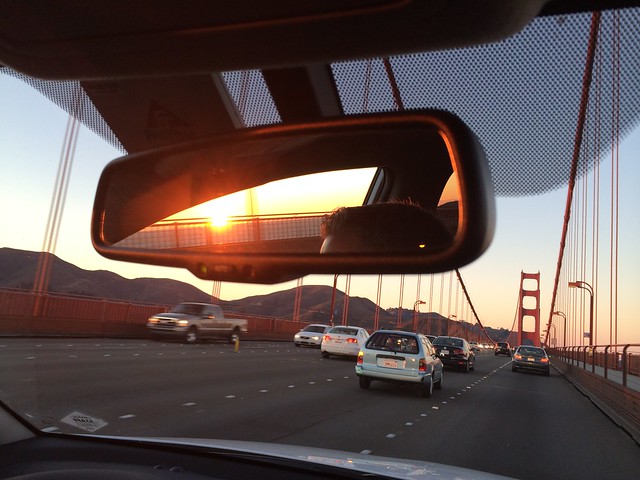 Driving on the Golden Gate Bridge. 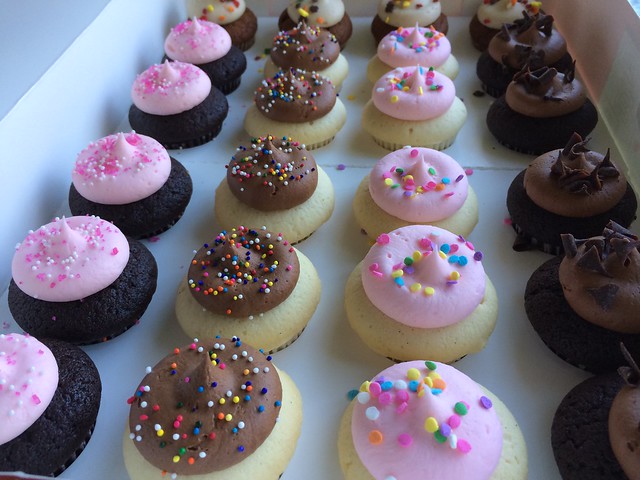 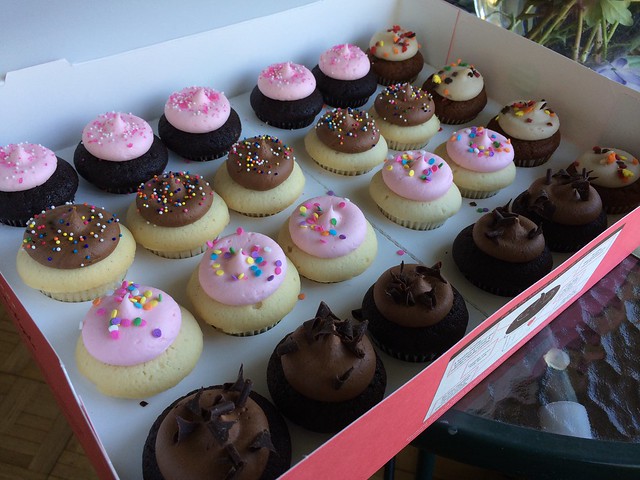 These little babycakes are cute, but they’re definitely not as good as their normal sized cupcakes. While the flavors were there, they were kinda dry and lifeless. I bought these for my niece’s birthday and the kids seemed to enjoy them nevertheless.

These duck sliders were very rich and delicious! They were on toasted buttery poppyseed egg bun which helped soak up all the yummy juices from the pulled duck. The greens (not quite sure what they actually were) were flavorful, almost on the pungent side. The sliders were on the verge of being too salty from all the rich umami flavors, but I’m glad it didn’t go over the edge.

5 Spot Cocktail: aged rhum, ginger, lime, maple, Thai basil, five spice.
This cocktail had a lot of flavors going on, but they actually all tasted pretty good together. The lime and basil also helped to freshen everything up.

Sheesh, this ice cream isn’t cheap! Part of the reason is that they make the ice cream to-order in a cool machine using liquid nitrogen (kinda fun to watch). The resulting ice cream is very flavorful and has a great, smooth texture. Is it worth it? Maybe as a rare special treat.

“You can ants if you want to, you can leave your pants behind.” Laphroaig quarter cask, peach liqueur, lemon, amaro ciaciaro, maple, cayenne, pilsner. $10
15 Romolo, San Francisco CA

For those of you who aren’t familiar with San Francisco, the name of this cocktail is a play on a local variety stage show called Beach Blanket Babylon. All the ingredients sounded great, but I wasn’t too impressed. It tasted a bit bland to me. 😦

San Francisco Federal Building courtyard before sunrise, 7th Street. I was waiting for a bus way too early in the morning, lol!

Ok, I need to stop eating Pepples donuts because there’s just way too much glaze and it hurts my teeth to bite through them. But I will never stop drinking Philz coffee – it’s like crack!

The custard was way too thick for me – I could only down one. I prefer my cream puff filling on the whipped side. I was surprised how much custard they fit into these tiny cruller holes though!

This was REALLY tasty! And there was plenty of fried chicken – I could barely finish. I kinda wish the chicken was bone-in though, it feels more homey that way and it keeps the meat super moist.

This tasted amazing, but I wish that the duck skin had been seared. The fat underneath was pretty thick and it was difficult to cut and chew through. A good sear would have made eating it a little easier. The cornbread cubes were perfectly cut and were SO flavorful. I was afraid that this dish was gonna be too salty, but it was perfectly seasoned.

Signage at the front of the restaurant.

“Hubbard Grille was proud to host our ‘Become Legendary’ cocktail-naming contest in which patrons submitted cocktail names. Fans voted & celebrity judges deliberated, listed below are the nine newly named cocktails, try one and enjoy! All cocktails are $10.” – Hubbard menu

But on Sundays, the cocktails are only $5. Heck yeah! I liked that the cocktails were tried were very different and all of them tasty. Sundays at Hubbard are the way to go!
Hubbard Grille, Columbus OH

We sat at one of the tables next to the bar that has a couple beer spouts attached. Unfortunately, they were experiencing a glitch in their system to the spouts were working that day, but it’s a great idea. Apparently your table is charged by the amount of beer that you pour.

Farmerbrown’s Little Skillet location is very cute. It’s this tiny little window in the middle of an alley near the ballpark where are the nearby techies go for amazing chicken and waffles during lunch! Noms! The chicken is fried perfectly and SO delicious. The waffles are also amazing. I love combining everything together and eating them in one bite. Gotta have the syrup and some hot sauce in every bite. It’s good, people!