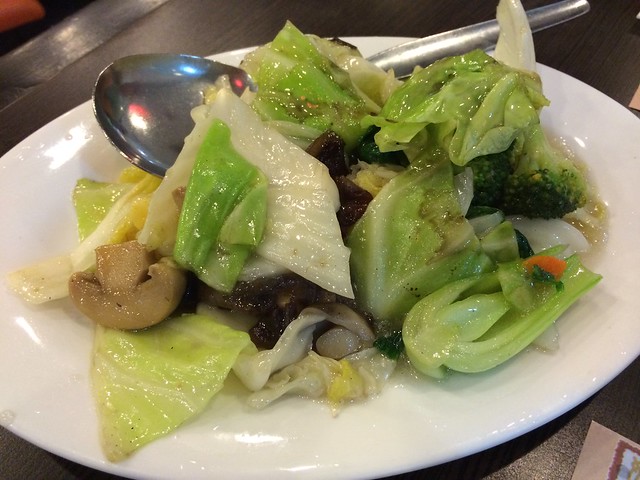 This dish was boring and really was just an attempt to try to eat something healthy during our trip. They just used the usual vegetables and the sauce was basic. 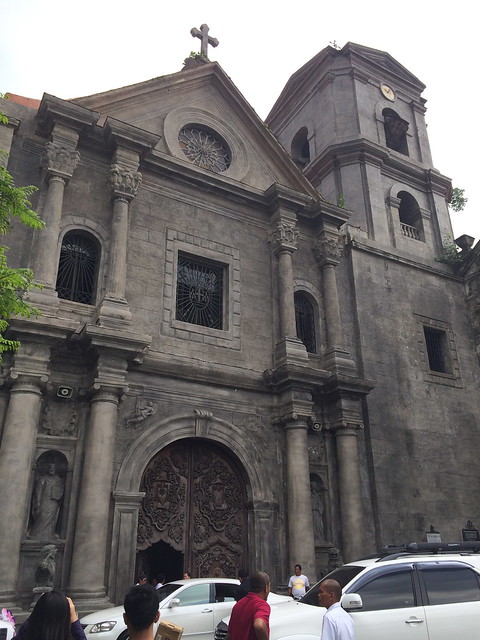 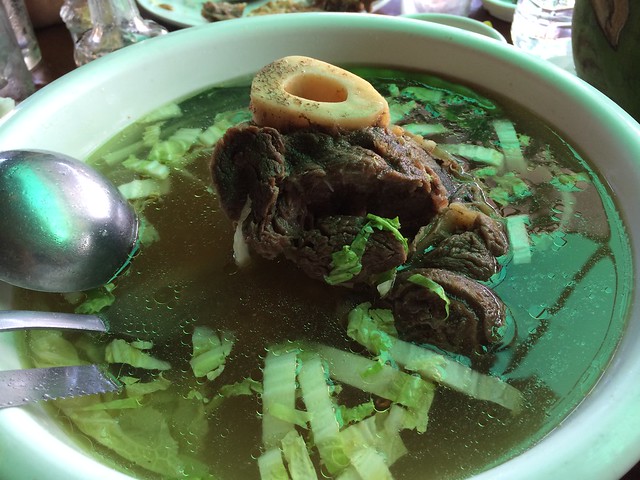 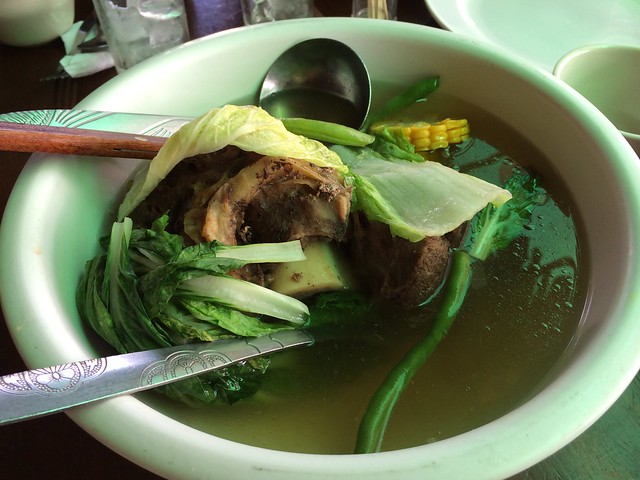 I guess Leslie’s is famous for their bulalo and now I know why! This beef soup was SO delicious. It had SO much flavor with just the right amount of bitterness. The restaurant is super popular so be prepared to wait. The views behind the restaurant are also spectacular! 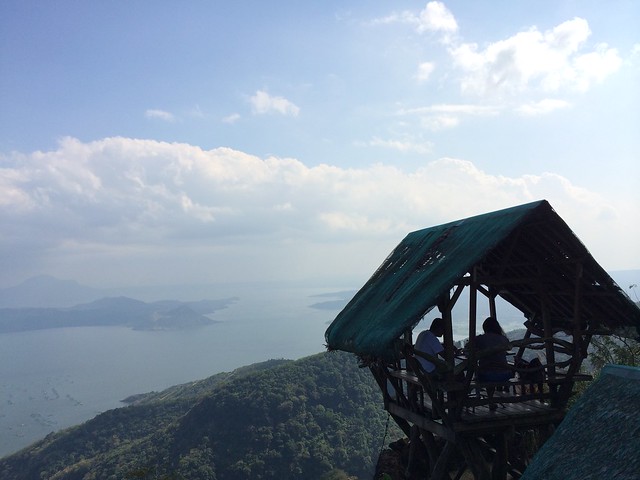 SO good! This was definitely another delicious and comforting dish from Revel. The seaweed noodles were delicious and the large chunks of dungeness crab were nice treats to find in every few spoonfuls. And the spicy red curry sauce brought everything together. Noms!

Mmm, this was REALLY good! The soup was super flavorful and the chicken was tender and delicious. I loved that they kept all the bones on since it lends so much more flavor. I not fussy, so I don’t mind eating around them. I’m craving this soup right now!

Hmm, this wasn’t my favorite preparation of this dish. I think the peanut stew was thicker than I prefer and there wasn’t enough oxtail. A bit disappointing.

Bagoong alamang (fermented shrimp paste) is a condiment typically served with this dish. It’s super salty and I enjoy it, but it’s definitely an acquired taste.

It was so weird being back at work today. I guess I wasn’t in Europe for very long, but I feel like I need a few days to get back into the groove. I tried out the new-ish restaurant The Dancing Pig tonight with David against advice from friends, and the reviews I’ve heard were correct – it’s not very good! The service was HORRENDOUS (it was super slow and sporadic and the server forgot our drink order) and the food was just ok. Don’t think I’ll go back.

I read somewhere that using egg noodles in a dish like this actually makes it Cantonese instead of Shanghainese. I learned something new! You really need lots of sauce in this dish to help soften the fried noodles. This tasted pretty good and I’m glad they don’t skimp on the proteins.

You never sure what you’re gonna get from some Chinese menus because certain dish names aren’t very descriptive. Who knew this dish would have such a variety of vegetables in it!? Pleasant surprise. 🙂

And so begins my attempt at daily self-discipline (or lunacy?)! My co-worker Alan mentioned Project 365 yesterday and I was intrigued. Project 365 requires you to take a photo every day for an entire year and post it online. Now that’s a challenge and there are many people who’ve apparently taken it on! My hat is now in the ring!

I’m also going to write these Project 365 entries in style more of a daily journal – something more personal than my usual food posts. I’ll try to mention anything interesting (or boring or lame) going on in my day-to-day life. (I foresee a LOT of boring days, hehe!)

I’m actually home sick today, so that’s why I have enough time to take care of all my personal computer stuff. Sickness, however, can’t stop me from searching for food! After getting back home from this lunch, I was SO tired and feverish that I slept all afternoon and woke up feeling worse. I really don’t want to get the flu so I hope this is one of those short-lived colds.

I’ve never had sand dabs, but these were delicious. I didn’t even know that sand dabs were a flatfish. The name makes me think of a mollusk. These were simply prepared, just breaded and pan fried. There was a lot of butter underneath though, which I couldn’t have minded but I’m really trying to eat healthier before my Caribbean cruise this spring. I only ate one of the steak fries, but the bok choy was really good. They were a little over-cooked but I didn’t mind since that made them easier to chew. My jaw and mouth a tender from feeling under the weather.

Speaking of that Caribbean cruise, it’s going to be challenging to keep this Project going during that trip but they MUST have internet on the ship, right?! Otherwise, this will be a short project. David and I have challenged ourselves to eat better and hit the gym more in preparation for the cruise. I think it’s good motivation to get in better shape. (Ok, I’m safe. I got distracted and check the Celebrity Cruise website to make sure that their ships have internet access – yes!)

As proof of my obsessive behavior, I’m sure you’ll notice that I have posts tagged for the 7×7 Big Eat SF 2011 list. I’ve actually had more food items checked off but I have a long backlog of posts and I’ve lost (or had stolen) 3 iPhones so some of my pics are gone (so sad!). It’s ok I guess because it’s now impossible to complete the list entirely. Some of the restaurant are now closed and others no longer serve the dishes on the list.

Wow, I hope that these Project 365 entries don’t all take this much time, lol! There’s just a lot to say right now, but I’m sure I’ll run out of things after a few days.

Another large and yummy dish.  The bok choy and rice are great for soaking up all the yummy juices and fat from the meats. I wish the duck skin was a little crispier, but it still tasted great!