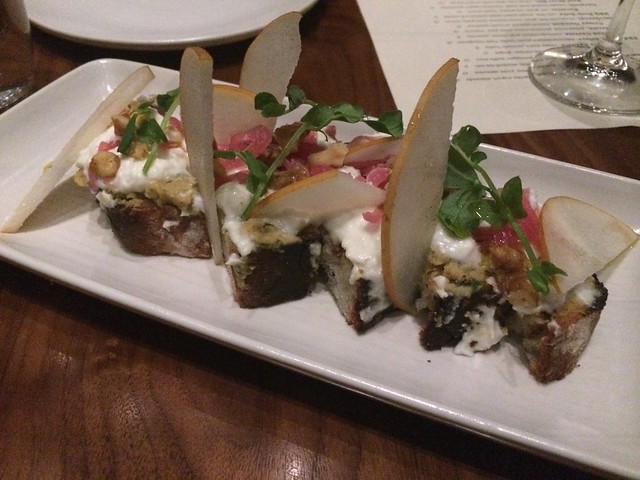 Mmm, this was pretty tasty! I loved the sculptural presentation and the variety of textures. I think there was also some pickled onions in there so it was all good. 🙂 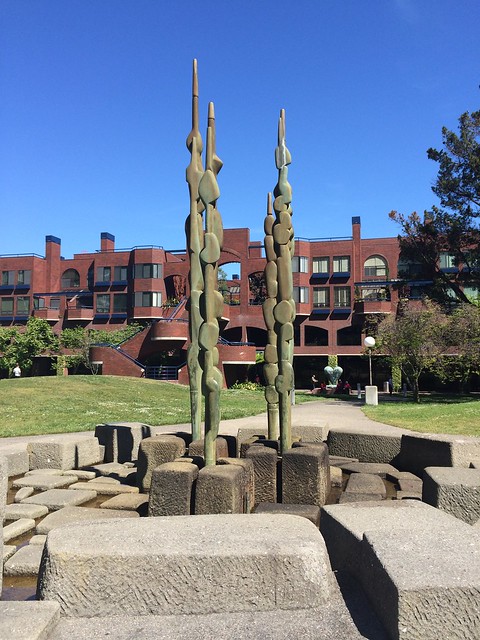 We checked out of our hotel room today, had a great lunch at Toro Salao, and now we’re finally on the Celebrity Summit cruise ship! YAY, I’m SO excited to explore and eat, lol! The ship has been recently renovated so it’s pretty nice. The staff are super friendly and helpful. This will be my second cruise and I’m traveling with 10 friends so it should be a blast! I’ve gotta watch it though because food is available 24 hours a day, and you know how much I love to eat. LOL! Tonight we’re gonna dine in the main dining room, watch the Dame Edna Experience show, then head to the pool deck for the Welcome Dance Party. My vacation has now hit the next level.

I really liked this dish. The curry had a nice spiciness and the lamb was tender. We actually got really full during dinner so we took leftovers home.

The weather has been really nice lately so Papa Chang and I went to grab some food at the food trucks. I really wanted to try a chicken tikka masala burrito so we swung by the Curry Up Now. We arrived early and were 2nd in line. Once we ordered there were already 10 people behind us. The couple behind us ended up ordering more than 20 things for their office. I’m SO glad we weren’t behind them, lol!

The burrito is fairly large and filled with large pieces of chicken breast. I wasn’t all that impressed with it overall though. I liked the hint of heat in the sauce, but I think there was too much rice and there was also a lot of sweet flavor. It’s worth a try, but I’m not running back for more.

This burrito was nice and big!

At the food truck, you can add a samosa + mango lassi combo for $4.
Curry Up Now, Brisbane CA

Yes, the outside was a little greasy, but this deep fried morsel was delicious! I’m not completely sure what was in it, but I think it was spiced potatoes, onions, garbanzo beans.

Papa Chang called these samosas “starch balls”. He was right…

The mango lassi (yogurt-based drink) was creamy with a little tartness. I put a little of the yogurt sauce in it. Very refreshing!