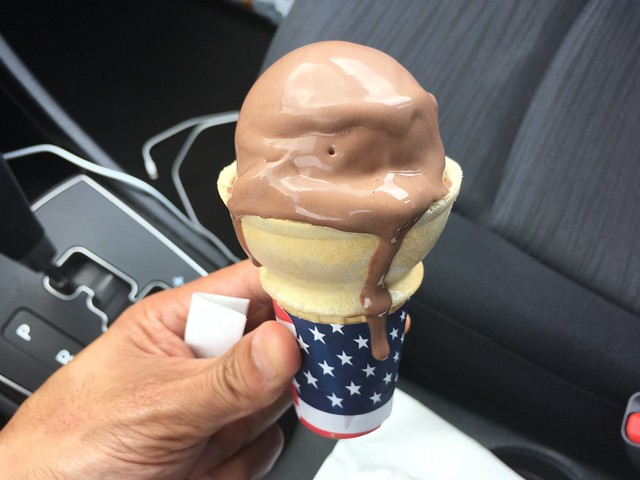 This cone was super cute! I liked the chocolate flavor and the texture of the frozen custard. It was very hot outside so it started melting pretty quickly, lol! 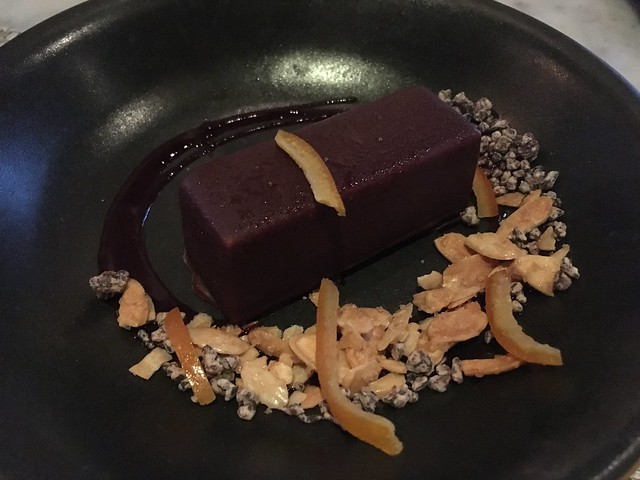 I really enjoyed this dessert. Under the hardened chocolate shell was a silky, coffee flavored custard that just melted in your mouth. Such a wonderful way to end a glorious meal at Zahav. Thank you, Zahav! Until next time. 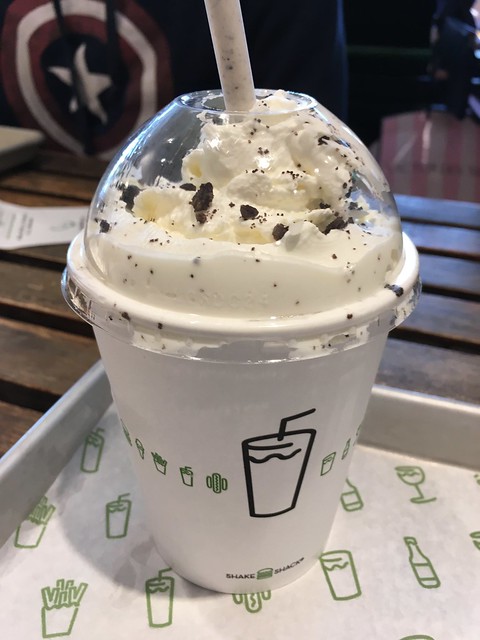 I don’t usually order shakes or the sort, but I was feeling frisky, lol! This tasted great though and I could have even handled the larger size. Wow, I really need to hit the gym now! 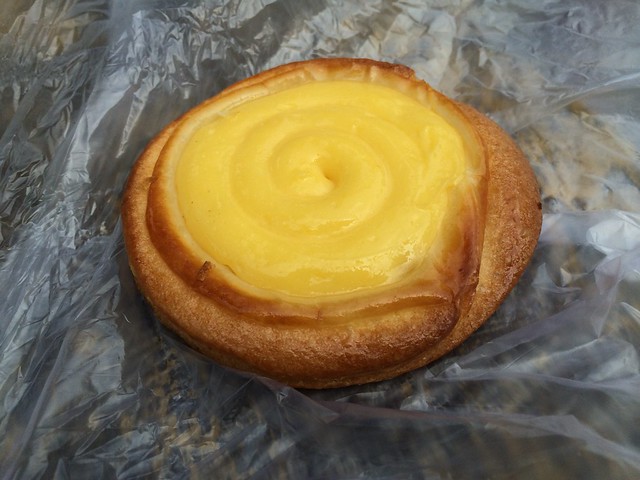 This was a nice little sweet treat for our morning walk to the War Remnants Museum. It got SO hot that we had to stop at Tao Dan Park for some much needed shade. The custard pastry was SO tasty and moist. This bakery was really popular since it had branches all over the city. 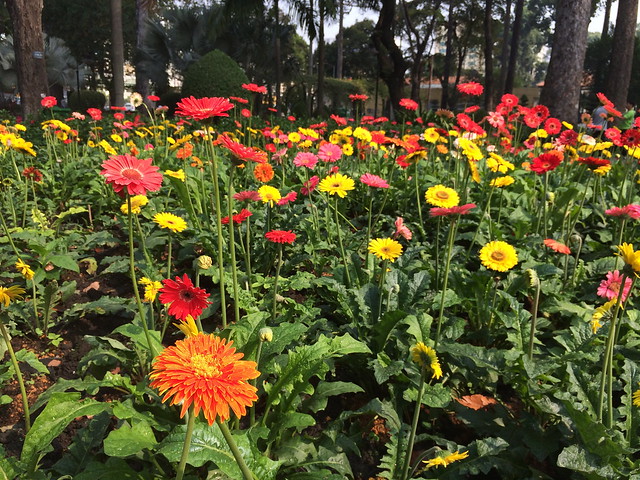 This was a very simple, light and elegant dish and it tasted really good! I don’t think I’ve ever had this before but I can see that it’s a great cost effective way to put out a delicious dessert. You really need the toasted almonds and caramel sauce to elevate it though. Noms!

This pomme d’amour really is a delicious dessert for breakfast! It’s small enough that it isn’t a morning sugar overload, and it’s super tasty. The custard filling is delicate and smooth, and pairs perfectly with a warm cup of coffee. Noms!

Spectators in the Marina for the America’s Cup.

Mmm, chawanmushi is quickly becoming a favorite of mine. It’s delicate and oh so delicious especially with high quality uni on top, NOMS!

I’ve been seeing chawanmushi on TV often these days, so I had to order it once I saw it on the menu at Nojo. It was my first time trying it and I thought the custard was soft, delicate, and full of flavor. Yum!

It took me 3+ months and four visits to finally get these! The first time I went, there was a festival going on and I waited in line but all they were selling (or I thought) were mooncakes! I got a pineapple mooncake and left but immediately saw that other people were ordering these from the back area. Argh! There was NO way I was going to wait in that long line again! The second couple of times the bakery was closed because they were on vacation. That’s all the sign said! It didn’t say when they were coming back either, lame! Finally, on the fourth trip I was able to snag a couple of these and there wasn’t even a line, score!

These egg custard tarts were worth it! They are probably the best egg tarts I’ve had! I’m not even a fan of these, but I really like Golden Gate Bakery’s version. The crust is super buttery and flaky, very different from others I’ve tried. And the egg custard filling is amazing! These tarts are larger than most so there’s a LOT of filling but I didn’t mind because it tasted so good.

“Our original recipe custard discovered in Osaka, Japan and now made available around the world. Our vanilla custard is made with all natural ingredients and is abundant with the highest quality, imported vanilla beans grains available.” $2.25
Beard Papa’s, San Francisco

Mmm, how I love Beard Papa’s cream puffs.  And vanilla is my favorite!  The chocolate custard has a weird grainy texture that I’m less partial to.  The choux pastry is SO frickin’ light and fluffy and the vanilla custard is yummy!  The dusting of powdered sugar adds a little more sweetness.  I can only purchase one at a time otherwise I tend to eat them all, hehe!