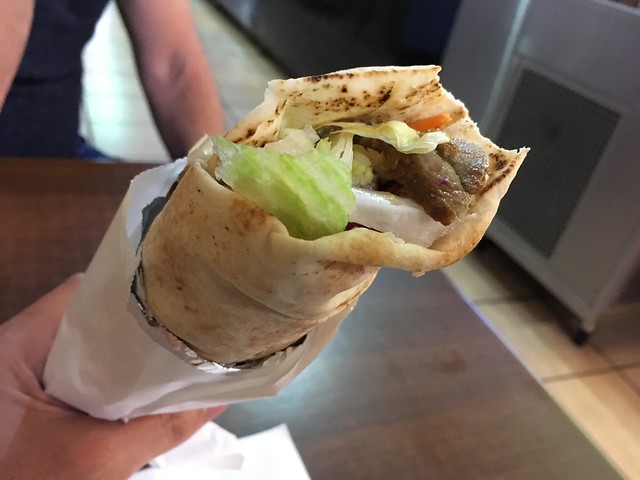 Meh, this was just ok. I thought that the lamb kebab could have been more tender and moist. There was also very little salad and yogurt. 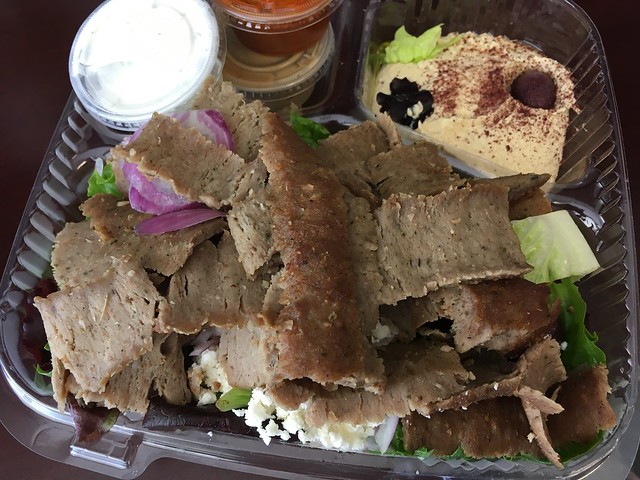 I can’t stay away from the gyros plate from Ayola. It’s partly because it’s so close to my office, but I love eating the gyro meat with topped with some humms, tzatziki and their hot sauce. Yum! 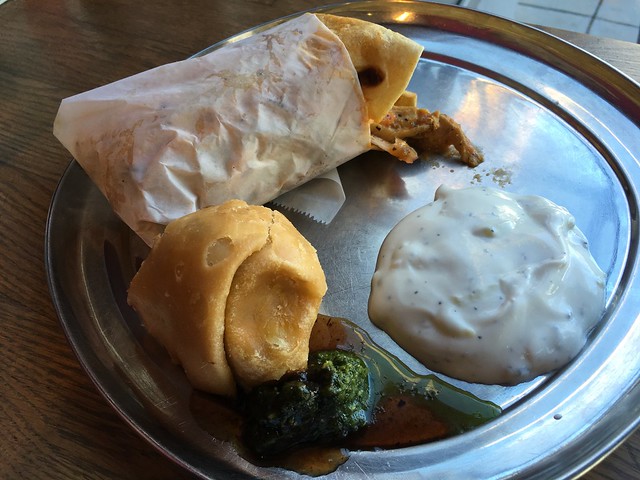 Mmm, I love the Indian street food at Kasa. The flavors are great and the prices won’t break the bank. Yum! 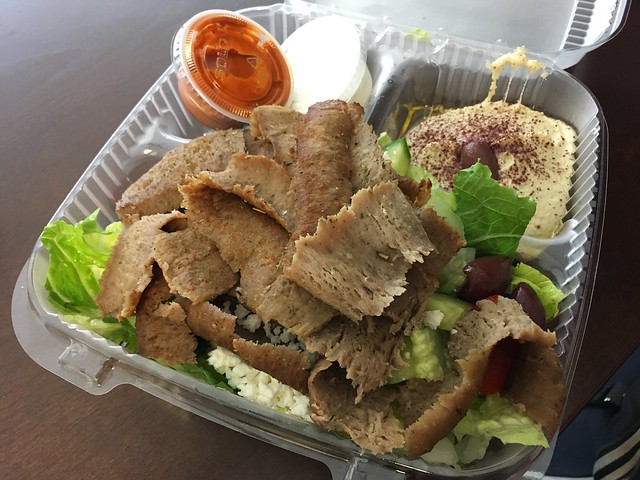 I needed this again. I’m addicted to this gyro meat! I spread a little bit of hummus, tzatziki, and their hot sauce on the gyro strips and go to town. Noms! 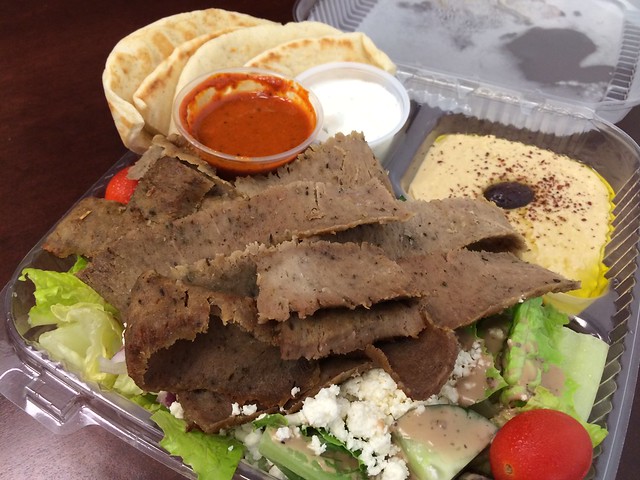 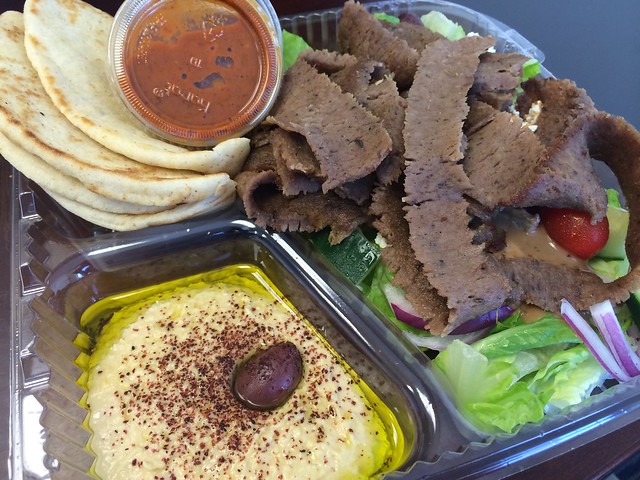 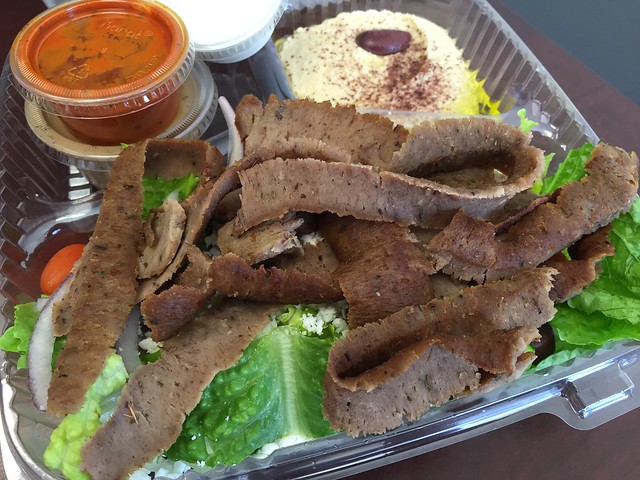 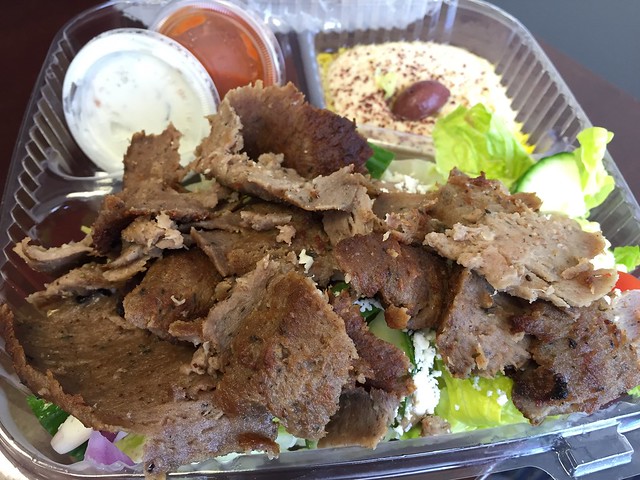 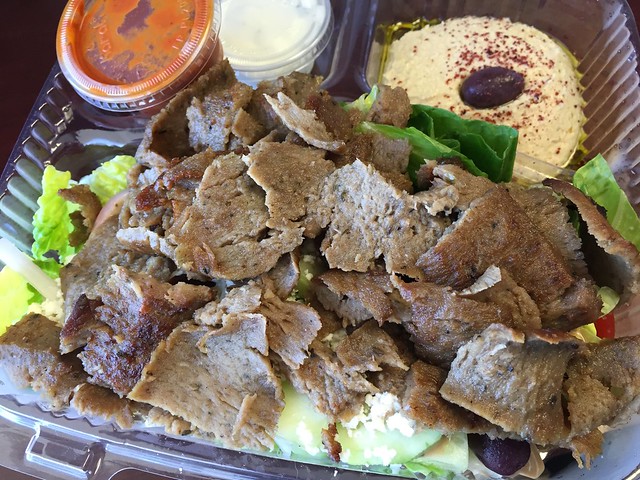 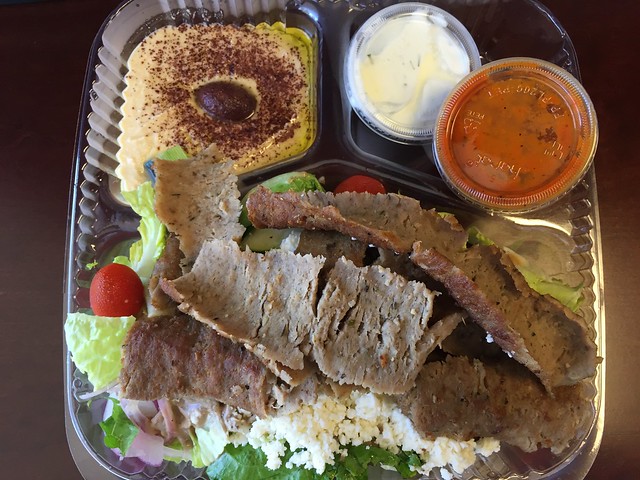 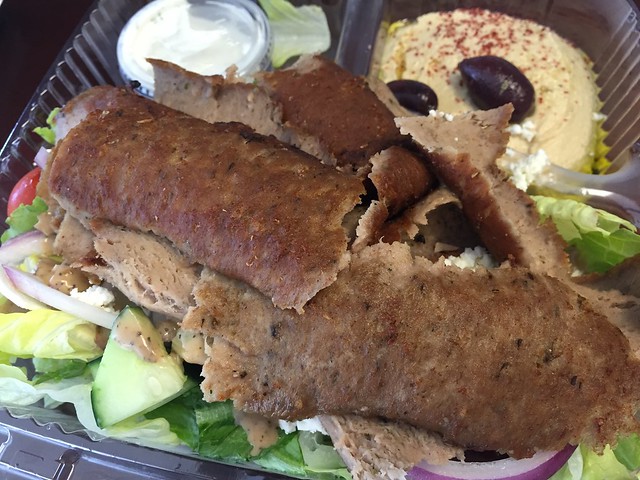 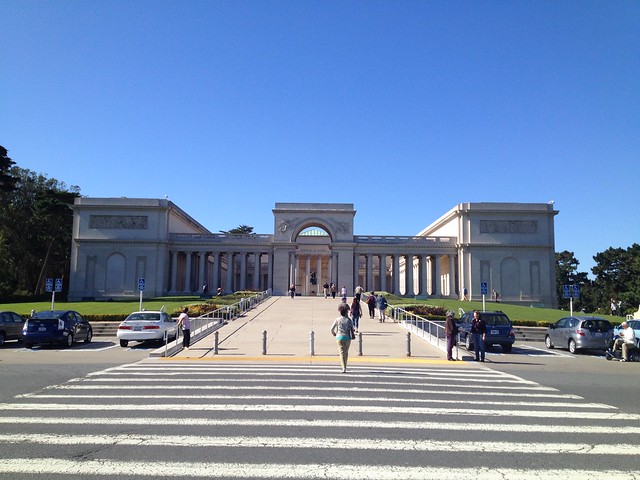 I used to hate the texture of tzatziki and hummus growing up so I would never eat them! Boy, was I missing out! I love the stuff now and these at La Mediterranee were pretty tasty. The hummus wasn’t very spicy but it was still delicious.