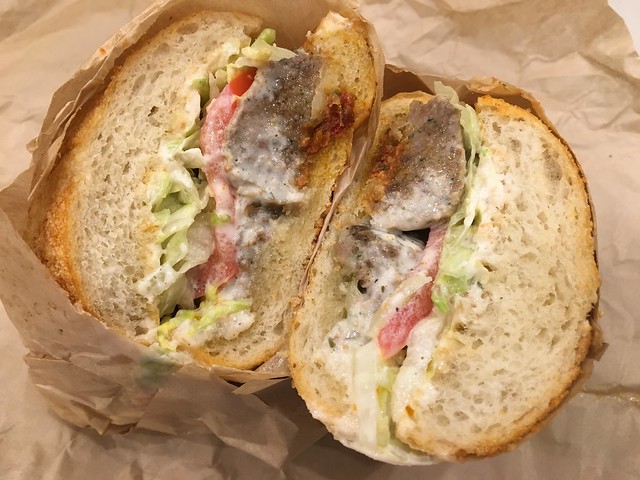 Mmm, this was good. The meatballs were tasty and they weren’t hard or crumbly. They actually ate really easy. The combination of sauces is what totally made this sandwich though! 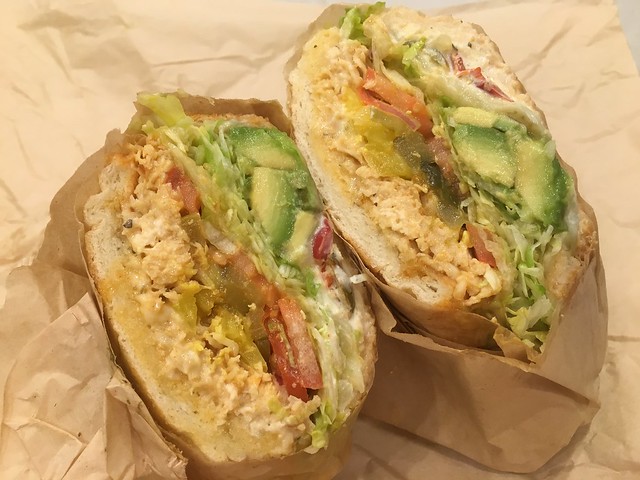 Omg, Ike’s sandwich always taste SO good to me! Maybe it’s all the sauces or the quality proteins, but I’ve always enjoyed their sandwiches. 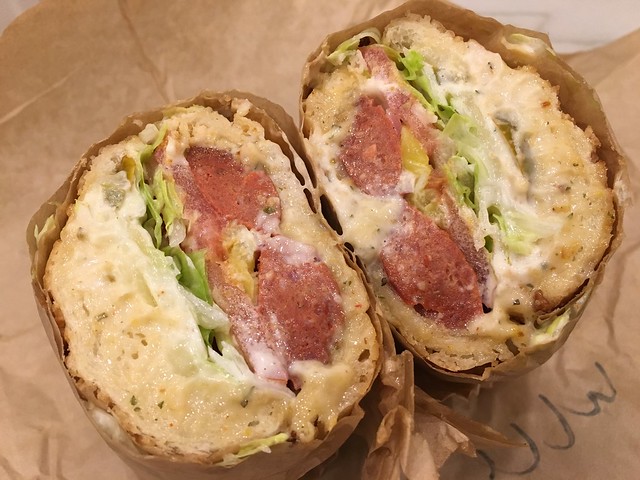 This was a great sandwich. I was expecting the hot link to be bit more spicy, so I was a little disappointed that it lacked the heat. Other than that, I devoured this delicious meal! 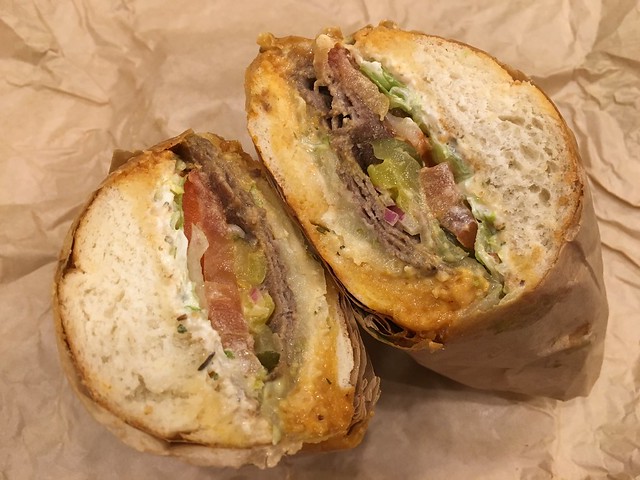 I usually love sandwiches that are stuffed with A LOT of meat (because I’m a pig), but I can honestly say that I still like Ike’s sandwiches that overdo the meat filling. It’s actually a nice balance of protein, bread, veggies, and sauces. Ok, maybe they overdo the sauces but that’s just how I like it! 🙂 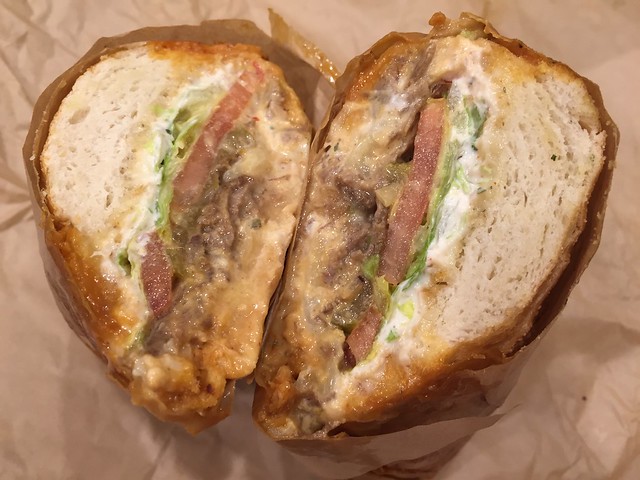 Mmm, Mad Bum taste great, lol! I liked the “slight” spice but wish it had a little more kick. The sandwich was messy and delicious.

I never like Barry Bonds, and it appears that neither does Ike’s. I guess that’s why they fill the sandwich with turkey. Regardless, Ike’s makes a killer sandwich that tastes amazing despite the less than stellar eponym.

I will reiterate that the sandwiches at Ike’s are delicious! They’re quite substantial too, but I guess they should be at this higher price range.

Colorful sunrise from my balcony. I know I post a lot of these pics, but sometimes I wake up in the morning and am absolutely amazed at the beautiful show outside.