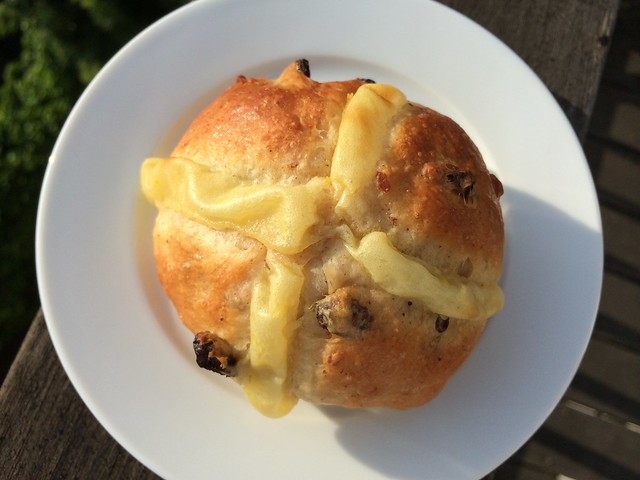 Bought a dozen of these yesterday to take on our Easter wine tasting trip to Sonoma. It was a fun way to spend Easter with friends, but I might have over done it! I’m suffering today because of it, lol! 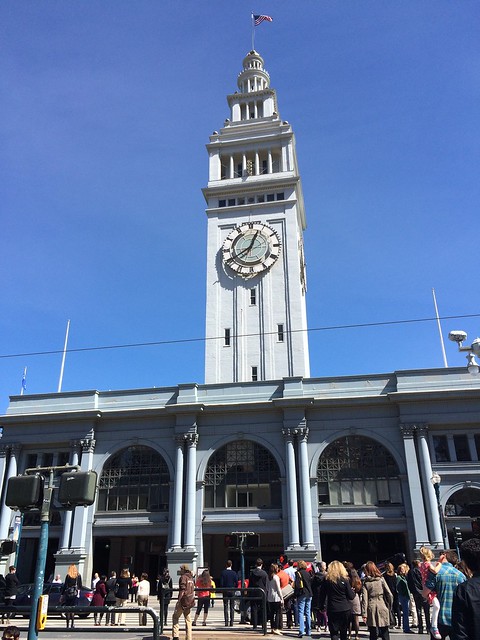 Another delicious treat from my neighborhood bakery, noms! I love the addition of peanuts on top and the chocolate mouse inside. Yummy in my tummy!

This mini cupcake is SO cute and is the perfect size for a quick, less-guilt treat. The cake is light and airy and the nostalgic shape is adorable!

After leaving the gym, I started thinking about the late birthday party on Saturday that I’m having over at my place for some friends at work. I really don’t have anything for it yet and my apartment is a MESS! I thought that this would be less stressful than having dinner at a restaurant since everyone hates splitting the bill and there’s still someone who keeps underpaying (argh!).

I stopped by Noe Valley Bakery again because I initially thought I was going to get a bunch of their amazing cupcakes for the party, but they’re kind of expensive and my wallet is feeling overused lately. I checked out their book of cakes and thought I wanted one of them, but I’ve since decided that maybe I’ll just swing by Tartine Bakery on Saturday morning and grab whatever looks good. You can’t really go wrong with something from Tartine and I think pre-ordering something would just cause more stress and I don’t have the time.

Papa Chang and Rapunzel said that I shouldn’t worry about and just provide simple things like chips and other random snacks, but I always have to have food for guests – it’s the Filipino in me! Maybe I’ll stick to my original plan and have some Filipino food (lumpia and pancit), but just not order too much. Maybe people will bring food too. I just can’t spend too much money since I’m saving for all those trip’s coming up. I’ve also decided that I’m visiting Codes in Ohio for his 30th bday so that’s another unforeseen expense. It’ll be fun though and it’s always great seeing him.

Just made plans to have brunch with B2 on Sunday. She wants to take me out for a late birthday meal and to hear all about my Benu dinner. She loves food as much as I do so we’ll have a great time.

This tartlet beckoned to me from the counter display. The berries looks so sweet and luscious, especially with the apricot(?) glaze on top. It was very tasty ! The pastry shell could have been a little thinner but I really can’t complain too much about this scrumptious tart.

It’s been really hard getting back into the swing of things after my birthday weekend.

The dinner at Locanda with T-Head last night was absolutely delicious, by the way. And the restaurant isn’t as darkly lit as it appears from the outside. The service was great and the food was simple and amazing! Great place!

Oh, and I just found out today that the 7×7 Big Eat SF 2012 list came out and they have photos of each of the dishes. Apparently, they chose 7 of my food pics from last year! Amazing! I’m kinda annoyed that they don’t give photo credits anywhere, but they got the pics from my Foodspotting account so they probably don’t have to. Lame. I still posted the article on Twitter and Facebook though, hehe! I need to get the word out!

I went to Walgreens after the gym and HAD to get something from Noe Valley Bakery too, lol! This was a nice, small, delicious snack to tide me over while I walked home. Noms!