These dumplings were SO delicious!  I only ripped one or two while trying to eat them with chopsticks so I was particularly proud of myself.  When I first had these, I wondered how they got the soup inside the dumplings.  Apparently, the dumplings are made with a pork filling and a gelatin aspic.  The aspic melts into a “soup” when the dumplings are steamed – genius!  These are very fun to eat and Shanghai Dumpling King’s are some of the best in San Francisco. 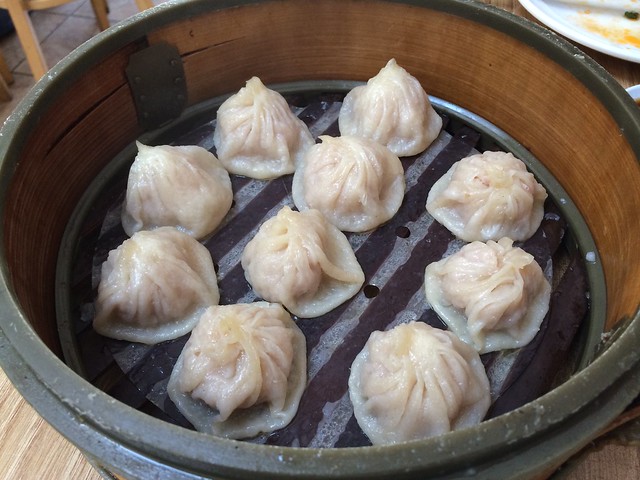 November 17, 2013. So I guess they’re not using the napa cabbage on the bottom anymore. That’s a shame.