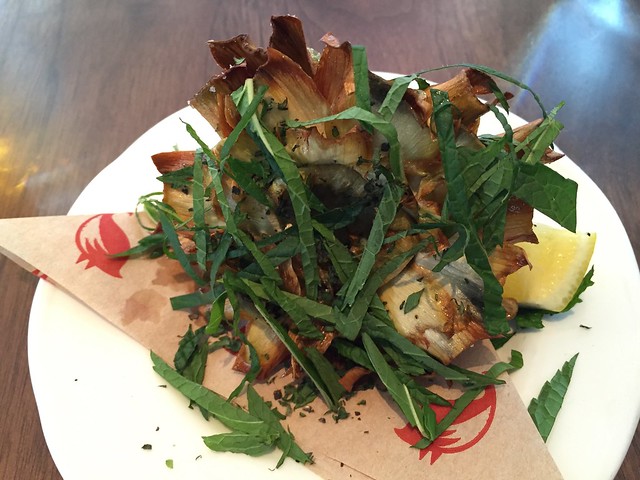 I wasn’t sure what made this artichoke preparation “Jewish” but I’ve read that it’s because they’re deep fried – a preparation originating in the Jewish ghetto in Rome. Anyway, I liked the resulting texture and flavor, but I thought that the artichokes they used were too mature and the long leaves were difficult to maneuver through. I wasn’t sure if you were supposed to eat the brown curls, but I found them inedible. The whole thing was one the greasy side as well. This was NOT a winner in my book. 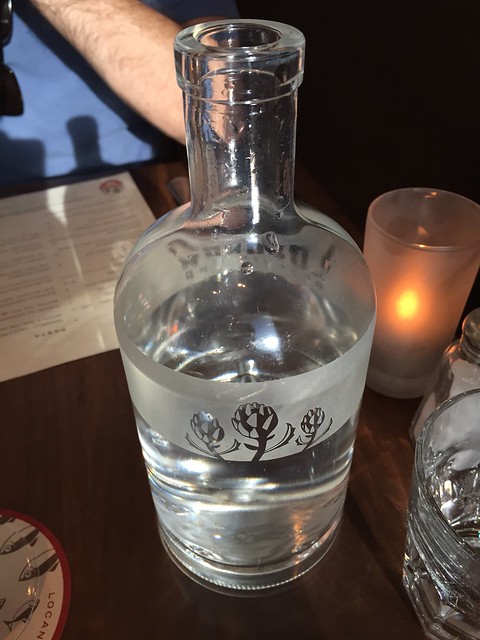